Katharine Morris previously attended Sydney College of the Arts to study Object Arts & Design. She also completed a full-time Certificate IV in Clothing Production at TAFE. Her other academic studies include: New York University – University’s Summer Program, Film study at Tisch School of the Arts, completed Sight and Sound within the undergraduate program, and achieved the highest possible marks. She has also attended the National Institute of Dramatic Arts, Sydney (NIDA), and Special Effects & Props. Set & Costume Design. She created Art Direction and many other selective courses for people working within the industry.

Katharine has styled for a large range of ‘talent’ including Deborra-Lee Furness, Kate Ritchie, Ernie Dingo, Grant Denyer, Tom Williams, Jennifer Hawkins, Paris Hilton and Nicole Kidman. Her film and television styling experience has seen her work on a variety of programmes including Dancing with the Stars, Home & Away, All Saints, Sunrise, Channel 7’s News & Current Affairs and live events such as Carols in the Domain and the Edinburgh Military Tattoo. She has also styled for premieres, product launches and national events such as the Phantom of the Opera, the Venice Film Festival and Melbourne’s Spring Racing Carnival. She has styled celebrities for years on red-carpet events such as the Logie Awards, MTV Music and Aria Award ceremonies. Her advertising clients have included Telstra, the Commonwealth Bank and Coca-Cola among many others.

Katharine Morris once says:
“Stylists are not born, they are taught. And, the simple truth is that it’s not that difficult. Given an interest in styling, a little flair and a willingness to learn, this course will equip you with the professional knowledge and skills required to succeed as a stylist.” 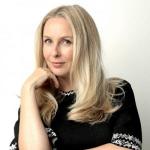 Hand in your reviews